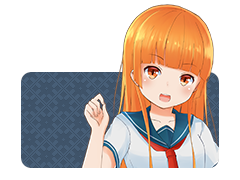 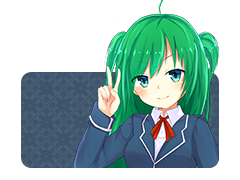 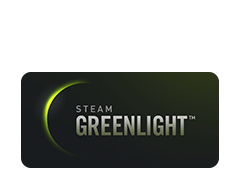 Vote
Top News:
Thank You for using and supporting the IFME Project. You can donate by clicking button above, also report bug & issue via Facebook and GitHub! I try to answer as fast as possible!

18/Jun/2017:
I have some good news, IFME 7.1 is released! yay!
I am sorry for delay, so many problem happen to me, which is my computer died :( and to own new one is very expansive and luxury (3rd world country). Want to donate? you can donate to my paypal, so I can build new one and use for another 8 years :)

18/Jul/2015:
Hello! Long time no update, since this a static HTML page :) I have something to tell you all that IFME Go (v5) is here, still in alpha stage, but much improved then previous version, since I rewrite new code, however, you all can get pre-release/alpha version here

10/Apr/2015:
Thank you for your donation to IFME Project :) However, IFME 4.9.5 now support AviSynth Support you can get it here, however this version likely not stable and only accept DirectShowSource at this moment plus I adding HFR (High Frame Rate), found any issue, just send a issue at GitHub or can contact via IFME FB Page. Take note that IFME 4.9.5 is not public and official release for production stage.
In another news, I developing IFME Distribution, this allow you to encode video over network, for example, setup 2 encode server let these 2 server encode your video, this solve the encoding time by parallel it.

01/Apr/2015:
Today I releasing IFME 4.9.4.0 with several bug fix, however, if you face a problem, please contact me via Facebook Page or GitHub, so I can improve and give temporary patch file :)

25/Mar/2015:
Thanks to darrenliew96 for providing Traditional Chinese, also Next month IFME 4.9.4 will release, I don't know exact date, but I try! Also I starting sketching IFME Go (version 5.x), "go" mean 5 in Japanese, if you remember IFME v3 with Console/DOS prompt, I thinking to adding it back, as you all know, IFME using exe based instead of API/Library, this ensude of speed and easy management, adding back Console/DOS allowing minimise of rich text box limitation and RAM hogging.

07/Mar/2015:
I happy to announce IFME 4.9.3, it cover critical issue which is some user cannot encode (stuck at audio decode/extract).

01/Mar/2015:
IFME 4.9.2 has been release, fixing critical issue, which is stream mapping, also fix other stuff, also add one basic function "News", this will fetch online and display on console, easy to tell user what-up on IFME :)
Also IFME accepting Bitcoin donation, if you want to donate, here 12LWHDCPShFvYh6vxxeMsntejAUm8y8rFN Have a nice day!

23/Feb/2015:
Today IFME 4.9.1 has been release, cover so many critical bug and error, especially "Variable Frame Rate" video, other error that video under CQP and BitRate based cannot be encoded. If you using Windows, you can start installing Nero AAC! just check at our Addons page!

21/Feb/2015:
I had to re-upload all the files due previous upload not visible to public, Sorry!

19/Feb/2015:
Finally I moved IFME webpage here, since this content is static mode, I wonder how browser react, because I set not to make any cache. Since sourceforge.net project web not so stable, I more prefer GitHub way :)

05/Feb/2015:
If you wondering what is IFME and what IFME do, here some article that help you to understand, 1. betanews.com 2. guidingtech.com. Version 4.8.1.0 still not released yet, better I fix all error and bug. You can track IFME development on GitHub and news on IFME Facebook Page! Oh! before I forgot, IFME page and update query will moved to "hevc.github.io" for better editing and maintenance, probably page theme may change too, if you web designer like to help, contact me via FB page! Thank You!

20/Jan/2015:
From 9 January until 15 January I was at Japan (around Tokyo), It was cold, nice place, peace and very fun, I like the train melody when the door going to close! however I still keep on eye on this project :3 and then Francisco Pozo 'DJ FrANKy EHP' send enhancement proposal also Nemu-san make an User Manual in Japanese. Still waiting new image from ray-en also! finding bug and glitch, however due to I busy with my current job (start at 8:30AM to 7:00PM) I will keep on eye this project :)

07/Dec/2014:
IFME 4.8 is available to download... including Italian translation by MatrixG, with various of fix! Enjoy!

16/Nov/2014:
Dear Turovsky Andrew and Terry Loung. Thank You for your support! I'll promise to make it better!

01/Nov/2014:
Thanks for your donation to make IFME project alive! I updated "Contribution" page! Your kindness I really appreciate!

25/Oct/2014:
German and Greek translation has been added! next version of IFME will release next month, come translate! just around 119 lines!

17/Sep/2014:
I unable to post an update (4.6) due my ISP having international peering issue, thus every-time I upload, turn out failed on each KB

13/Aug/2014:
Today I just found IFME on VideoHelp forum, I decide to step in and join the community. Version 4.0.0.4 has video-Audio sync issue, I made some patch if don't want to wait until version 4.0.0.5 release, get at VideoHelp IFME forum.

11/Aug/2014:
I happy to announce that IFME no longer have sync issue, IFME 4.0.0.5 will keep frame rate mode and fps information! I google around and found IFME come with so many error, that old story, this new IFME! so I fix it, 2 new build-in addons will ship in next version!
If you want this fix, just ask! I will give a download link, got issue or problem, just ask! we try to fix!

31/Jul/2014:
Ray-en contribute to improve "IFME-chan" character that draw by Aruuie also Japanese translation has been corrected, Thanks to Yukipone :)

22/Jul/2014:
After run many debugging, found that attachment cause video encoding fail after finished processing,
thus version 4.0.0.4 has been released! with feature that console log can be save by pressing CTRL+S, found any possible glitch, input file validation, just read Change-log. Update now and have fun!

20/Jul/2014:
This very quick update, 4.0.0.2 now released! Where Audio mode for Compile and Multiple stream has been fix!, Splash Screen has improved! and Chinese Simplified has been corrected.
Once addons have update, it will download and update without downloading entire IFME archive, this way much more efficient!

17/Jul/2014:
It may sound lame, Subtitle and Attachment have issue where video cannot encoded, also French Translation will be included on next update with fixed Subtitle/Attachment...

16/Jul/2014:
I Happy to announce that IFME 4.0 has been released! Completely rework from scratch, entire coded in C# .NET 4.5! I hope this bring much more improvement then previous, now support addons/plugins, better update system!

29/Jun/2014:
Feel WPF (Windows Presentation Foundation) too powerful until can't develop, downgrading to WinForms, and yet one video > one subtitle (one to one basis) for now, to avoid memory leaking and data not removed properly.

03/Jun/2014:
After a month, there are so many problem, with broken monitor all of sudden, and had to purchase new one, now I so broke, however I still continue working on this project!
I just updated IFME into latest version of x265 (1.0+139-a5998df9b12e) including dithering support, this allow colour loss undetected by normal eye, making it look smooth, useful when down sample to 8bit.

03/May/2014:
IFME 3.2 has been released!
Now IFME no longer require to DECODE the video before encode to x265, this mean no longer require having large disk for temporary! yey!
However I fixed several issue which I found my self, DVDrip now de-interlaced. Oh boy, start using IFME 3.2 now! Have a nice day!

30/Apr/2014:
I going to improve IFME that no longer require "Large Temporary Disk" and this could save time in great amount! I not sure when it can finished :)

09/Apr/2014:
IFME now updated to x265 version (0.9+19-b5caca9954f3) AND...
added one or more feature on Advance Tab, now you can RIP DVD (need to enable on Advance Tab) ALSO
capable to select one or multiple CPU Instruction Set! Good for fair CPU Benchmarking!

28/Jan/2014:
IFME 3.1.0.2 released with support several font format for attachment, which is OpenType Font and Web Open Font Format, however also updated to latest x265 commit! Update and encode all your batch with many font attachment support!

19/Jan/2014:
In same day, found bug and glitches that prevent MKV to processing.
When change language and add an font attachment, it will cause MKV not processing properly, and you will didn't get final encoded. Here IFME version 3.1.0.1 has been release for overcome this bug, advised always update to latest version!

11/Jan/2014:
Glad to release IFME 3.0.0.3 with 10 bit or High Bit Depth, however IFME use force 8 bit encoding, because High Bit Depth not yet fully optimized for performance, however this can adjust by enable "Use auto detect" or forced 10 bit (will cause 8 bit input will encode into 10 bit). Thanks to Christoffer Boothby and Danny Sabrak for suggestion and problem report, IFME now getting better!

07/Jan/2014:
Very fast update, IFME 3.0.0.2 now available to download, found glitch by looking at GUI (later on you know why), and fixed some code where queue time taken having missing how many day(s) taken. However, added new feature, encoder will highlight green in queue list where media done encoding, it's getting more to user friendly! See this change log for more detail! By the way, I feel this website need to update, remove any irrelevant content and dumb content, may the a while to make-up this website...

05/Jan/2014:
Good news! as Himari Noihara suggestion, now you can add subtitle and font (attachment), this still under experiment, due limitation one subtitle per video and amount of video in queue must equal amount of subtitle on the list, more like 1:1 basis, but this new feature make work more easier! Installer now available!

28/Dec/2013:
Intel said their compiler one most fastest then Microsoft VC and GCC, so I trying out, however, I thinking to release only 64-bit encoder, vote here (Facebook) 64 vs 32 vs Both

23/Dec/2013:
IFME v3 will release soon, around in Monday or Tuesday, touch some code and little housekeeping :) and improved updater program~ also need write the changelog, keep track what I change and update. I really hope this one useful encoder in the future!

09/Dec/2013:
Ok! Now I working on version 3.0, maybe too early for that, but come with many feature's, however, currently I working, having a job on HP, as Computer Deployment (Desktop Management Project), I may not have much time to working on it, I'll keep trying to make as soon as possible, :) I promise... Coming soon, IFME 3.0! (I forgot to make change log...)